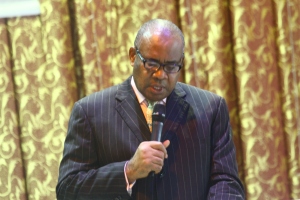 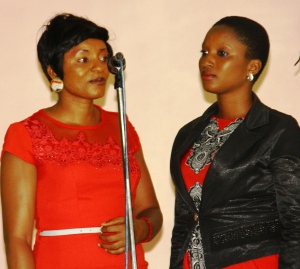 Our goal in today’s service is two fold. First is to thank God for the great blessings we received during the anniversary convention. Second is to admonish ourselves on what should be the action steps we should take to actualise the grace God bestowed on us during the Convention.

This topic is borrowed from Deaconess Mrs Jooji’s message during a Midweek Service. Her message resonated with the message in my heart. After such a beautiful 25th Anniversary Convention, we must look back and ask ourselves this question, what next? What do we do with all the grace and blessings we have received during the Convention? Unless we take steps to implement and put into use all that we received at the conference, the blessings may slip away from us.

Let me use Noah as an illustration of what I mean. Noah found grace before God in an age that was sold out to evil and iniquity; a generation God was displeased with (Genesis 6:8). God commanded him to build an ark to preserve a remnant of creation before he was to judge his Creation. Noah’s challenge must have been that he had never  carried out this kind of assignment before; he had never built an ark before, let alone gather animals into an ark. He did not possess the skills needed for his assignment. But by faith he ventured to build an ark, and to preserve the remnants of creation during the Flood (Hebrews 11:7). Noah did not ignore the assignment given to him or allow the opportunity to slip by without taking an action. Can you imagine the complexity of building an ark, and preserving a breed of animals? But Noah did all that. Noah’s example teaches us that grace demands works of faith. When we fail to use the opportunities God has given to us, we are worse off for it.

In Zechariah 4:6, Zerrubabel completed a project  due to grace. This was despite the challenges and oppositions which he faced (Ezra 4:2-5).

In the Parable of the Faithful Servant and Evil Servant, Jesus concluded his teaching with this warning: “And that servant who knew his master’s will, and did not prepare himself or do according to his will, shall be beaten with many stripes. But he who did not know, yet committed things deserving of stripes, shall be beaten with few. For everyone to whom much is given, from him much will be required, and to whom much has been committed, of him they will ask the more” (Luke 12: 47-48). When we fail to act on what we have received from God we stand the risk of being judged and punished. The blessings of grace should not be squandered or abused. God has committed much to us during the past conference, he is expecting us to use what he has given to us to build his kingdom.

Several times in the Bible Jesus made a certain statement. For the sake of brevity we shall limit ourselves to these three instances in the Parable of the Sower, the Parable of Talents and the Parable of Minas (Matthew 13:12; Matthew 25:29; Luke 19:26; Mark 4:25; Luke 8:18). In these Parables Jesus ended with these words, “For I say to you, that to everyone who has will be given; and from him who does not have, even what he has will be taken away from him.” (Luke 19:26). How does this statement apply to us? Unless we use what we have been given we stand the risk of losing them. But when we utilise what we have been given we shall receive more from God. Put differently, God gives more blessings to those who put into use the little or much which they have been given. Conversely, those who allow the blessings of God to waste away, will loose what they have been given.

Here are a few suggestions on how to act on the blessings or impartations you have received. First, offer yourselves to serve God in the area of your gifting (Romans.12:6-8). Make it a duty to serve God with your gifts and talents. Second, what has the Holy Spirit laid on your heart to do? What is the strong desire in your heart? Take steps to do them. Ask God wisdom on how to practicalized what the Holy Spirit has laid on your heart (See Proverbs 8:12-21). Third, join an activity group in the Church. Fourth, quit procrastination and act immediately. Noah did not procrastinate on the assignment God gave to him. He acted. Did you notice that I did not say start with praying about anything? I believe you have prayed enough. It is time to act.