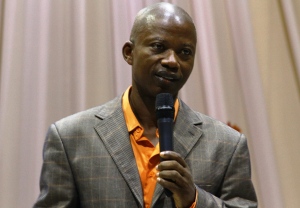 INTRODUCTION: permit me to say with Myles Munroe, as follows: that the potential of anything is determined by its Source. Everything derives its essence from its origin. Thus, when purpose is not known in any endeavour, abuse is inevitable. So then the difference between a Christian that is bearing fruit and the one that is not is that of revelation of purpose: you cannot grow beyond the revelation you have.

You cannot impart what you have not experienced. Also, the saying ‘what you cannot die for, you cannot live for’ is unarguably true. When your life becomes irrelevant to you, it will be relevant to God. The cross was conditional. He didn’t have to die, but He chose to die.
..so a man in honour and understands it not, is a fool (Psalm 49:20).

Now I hear you say He died, so what? Why did He die and by the way, did He have to die?
To answer your questions, it will be good we reflect on how we came here, or; why man was created in the first place.

So Why did He Die?