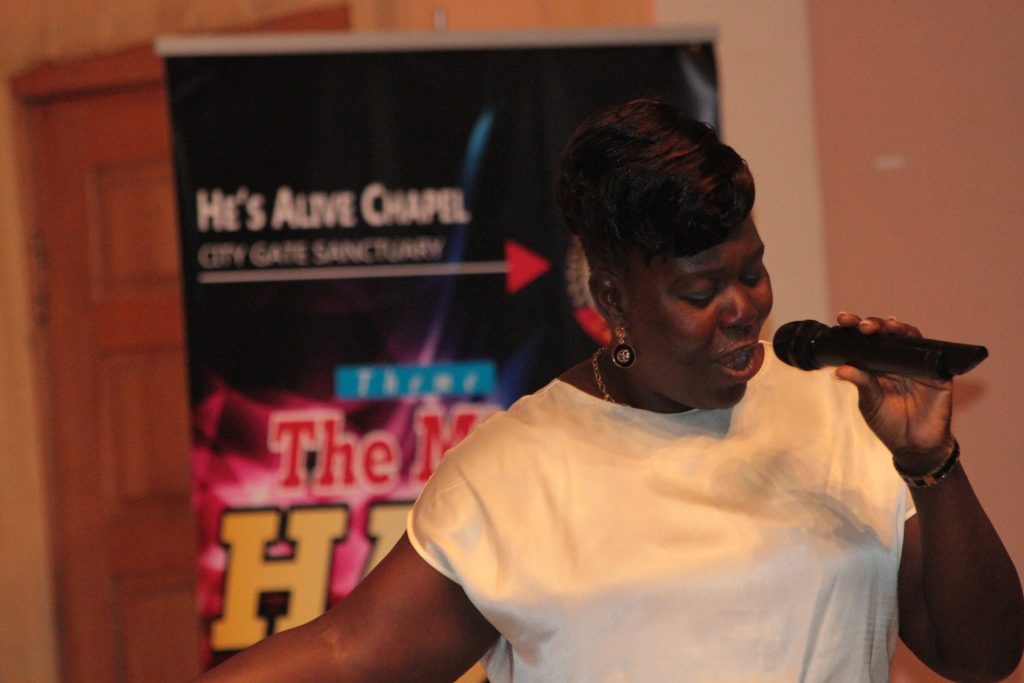 Let me briefly call our attention to two Scriptures:

“And God spake unto Moses and said unto him, I am the Lord:

And I appeared unto Abraham, and unto Isaac, and unto Jacob,

by the name of God Almighty, but by my name JEHOVAH was I

As the writer of Hebrews puts it, God speaks through the ages “at sundry times and in diverse manners” (Hebrews 1:1).  At particular times He chooses to emphasis some issues which most likely are vital keys and guides to His people. To overcome Pharaoh it was not enough to know God as the Almighty. A new revelation of Him as JEHOVAH was compelling.

We are presently living in a Kairos time. Like the children of Issachar we need to understand the times and know what to do. I believe one thing we need today is the THE POWER of the MIGHTY HAND OF GOD in our everyday lives. My prayer for you is that before the convention ends, according to Isaiah 53:1, the power available through the mighty hand of the Lord will be revealed to you. You cannot understand the power until you receive revelation.

Secondly Ecclesiastes 9:10 says: Whatsoever thy hand findeth to do, do it with ALL thy might.” This is interesting and exciting. Whatsoever my hand finds to do- meaning I can do all things. Yes there is nothing impossible. The history of man proves this- Man has gone to the moon and outer space. Like Birds of the air, man now flies… things hitherto considered impossible.

Power is about ability to control or do something. That is the ability of the Mighty Hands of God or the possibilities of what the mighty hands of God can do for us. Remember we are talking about the hands that fashioned the heavens (Hebrews1:10) the Earth and firmaments, the hands that broke the powers of Pharaoh after 430 years, the one who humbled the almighty Nebuchadnezer, the hands that hold the entire world/creation; and the Kings and mighty men of the world are in His hands (Proverbs 21:1).

FIVE THINGS THE POWER OF HIS MIGHTY HANDS CAN DO FOR US:

A. THE MIGHTY HAND OF GOD CAN EXALT US. 1 Peter 5:5-6: Humble yourself therefore under the mighty hand of God that He may exalt you in due time. Consider 1 Chronicles 29:12:

“Both riches and honor come from You,
And You reign over all.
In Your hand is power and might;
In Your hand it is to make great
And to give strength to all”

““The bows of the mighty men are broken,
And those who stumbled are girded with strength.
5 Those who were full have hired themselves out for bread,
And the hungry have ceased to hunger.
Even the barren has borne seven,
And she who has many children has become feeble.

6 “The Lord kills and makes alive;
He brings down to the grave and brings up.
7 The Lord makes poor and makes rich;
He brings low and lifts up.
8 He raises the poor from the dust
And lifts the beggar from the ash heap,
To set them among princes
And make them inherit the throne of glory.

“For the pillars of the earth are the Lord’s,
And He has set the world upon them.
9 He will guard the feet of His saints,
But the wicked shall be silent in darkness.
“For by strength no man shall prevail.
10 The adversaries of the Lord shall be broken in pieces;
From heaven He will thunder against them.
The Lord will judge the ends of the earth.

“He will give strength to His king,
And exalt the horn of His anointed.”

Years back when I was unemployed , a bachelor, new in the City, without father or mother in town, and practically no one to help me, I was so troubled one night I could not sleep. Deep into the night, I heard clearly what I have never forgotten. God said to me that the high places of the world are full of men and women who started as outsiders. No matter your current status, God’s hand can take you up the ladder of life and the society.

B       THE HAND OF GOD CAN UNLOCK THE  SPIRITUAL  REALMS UNTO US AND GIVE US ENCOUNTERS WITH THE LORD. Look at Ezekiel 8:1; Ezekiel 37:1; 2 Kings 3:15.. The hand of God upon a minister can change his/her preaching; produce outstanding results and open doors in ministry- Acts 9:15 “But the Lord said to him, “Go, for he is a chosen vessel of Mine to bear My name before Gentiles, kings, and the children of Israel”.

C       THE MIRACULOUS Numbers 11:18-23; Deuteronomy 11:2-3. When we are faced with difficult situations and the unthinkable, it is time the power of the mighty hands of God will be revealed.

D         AGAINST THE ENEMIES OF THE KINGDOM: Acts 13:4-12. Bar-Jesus was a great adversary standing against a great open door at the early stage of first missionary journey undertaken by Paul and Barnabas:

“4 So, being sent out by the Holy Spirit, they went down to Seleucia, and from there they sailed to Cyprus. 5 And when they arrived in Salamis, they preached the word of God in the synagogues of the Jews. They also had John as their assistant.

6 Now when they had gone through the island to Paphos, they found a certain sorcerer, a false prophet, a Jew whose name was Bar-Jesus, 7 who was with the proconsul, Sergius Paulus, an intelligent man. This man called for Barnabas and Saul and sought to hear the word of God. 8 But Elymas the sorcerer (for so his name is translated) withstood them, seeking to turn the proconsul away from the faith. 9 Then Saul, who also is called Paul, filled with the Holy Spirit, looked intently at him 10 and said, “O full of all deceit and all fraud, you son of the devil, you enemy of all righteousness, will you not cease perverting the straight ways of the Lord? 11 And now, indeed, the hand of the Lord is upon you, and you shall be blind, not seeing the sun for a time.”

And immediately a dark mist fell on him, and he went around seeking someone to lead him by the hand. 12 Then the proconsul believed, when he saw what had been done, being astonished at the teaching of the Lord”

Today there are many adversaries shutting down open doors of ministry and the work in our hands. May the Lord do  unto them as He did unto Bar-Jesus. Remember Simon the sorcerer in Samaria (Acts 8:9-11). Of course Boko Haram, their leaders, sponsors should receive Bar Jesus treatment because they rise not against the ordinary Nigerian but against the purposes of God (Psalm 2:2-3). They deserve a Psalm 83 blessing.

22 “Joseph is a fruitful bough,
A fruitful bough by a well;
His branches run over the wall.
23 The archers have bitterly grieved him,
Shot at him and hated him.
24 But his bow remained in strength,
And the arms of his hands were made strong
By the hands of the Mighty God of Jacob
(From there is the Shepherd, the Stone of Israel),
25 By the God of your father who will help you,
And by the Almighty who will bless you
With blessings of heaven above,
Blessings of the deep that lies beneath,
Blessings of the breasts and of the womb”

It was not so much of the wisdom of Joseph nor his righteousness but the HAND of the Mighty God that helped Him. What can we say of David in ALL that he faced- It was the mighty hands of the Almighty.

I can confidently declare that I am alive today, because the hand of the Almighty God helped me, especially between 1997-1999.

May the mighty hand of the Lord help the Church and the nation to prevail at times like these!

CONCLUSION: Let me conclude by inviting you first to pray that the power of the mighty hand of God will come upon you before the end of the convention and as you go home.

Secondly the power of the mighty hands of God can be manifested through our hands particularly that of the Ministers of God. In the New Testament, the Disciples/Apostles believed and practiced the doctrine of laying on of hands:

I believe behind this practice was the faith and assurance that the ordinary hands of the Apostles was symbolic and representative of the mighty hand of God. As we go forth lets be bold to lay hands to demonstrate the power of the mighty hands of God. However note the Scriptural warning that we should not lay hands on anyone suddenly (just for the sake of it, without direction…).