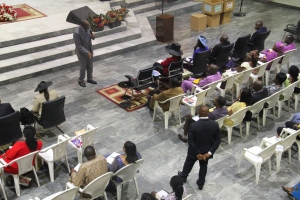 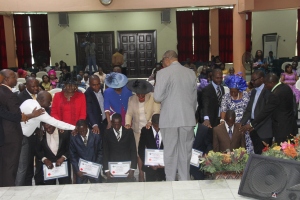 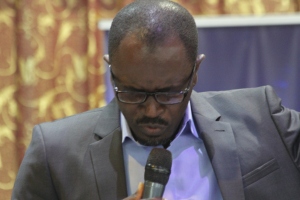 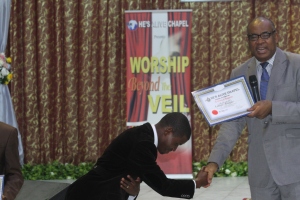 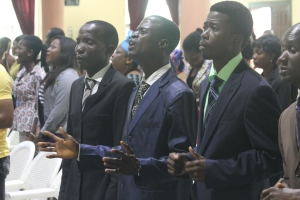 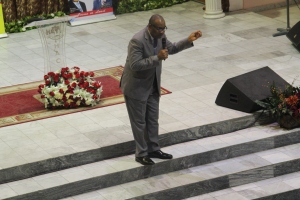 One word that is so commonly used these days is the word “Destiny”. What does this word mean from the Bible point of view? Destiny simply means God’s plan and purpose for his children conceived long before we were born. God has a plan and purpose for creating each one of his children, and he has assignments laid out for us to accomplish here on planet earth. This is why we are on the earth.

When we talk about men of destiny, certain Bible characters come to mind; these are:
Abraham, Isaac, Esau and Jacob, Joseph, Manasseh and Ephraim, David and his brothers, Solomon and Adonijah, Peter and Paul, to mention a few.

Our focus on our topic will be the story of Manasseh and Ephraim, the two sons of Joseph whose names captures the triumph of Joseph over the adversities of life. Manasseh, the first son means: “For God has made me forget all my toil and all my father’s house.” On the other hand, Ephraim means: “For God has caused me to be fruitful in the land of my affliction.” Their names represent the testimonies of Joseph while in Egypt. 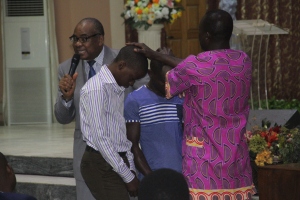 When Jacob was about to die, Joseph decided to visit his father with his two sons. On hearing that his grand children were around, the old Jacob sat up to receive them and to bestow blessings on them. Imparting blessing on one’s children or grand children was a traditional Jewish culture. Conscious of the Jewish tradition where a first son received a double portion of blessings and inheritance from his Father, Joseph deliberately guided his two sons aright to meet with Jacob, his father. With Manasseh on his left hand and Ephraim on his right, he handed them over to Jacob to pronounce blessings on them in the right order. Rather than bless his grand children according to seniority, Jacob crossed his hands to bless them. He laid his right hand on Ephraim’s head and his left hand on Manasseh’s head. “Then Israel stretched out his right hand and laid it on Ephraim’s head, who was the younger, and his left hand on Manasseh’s head, guiding his hands knowingly, for Manasseh was his firstborn.”

When Joseph saw this unusual action, he tried to correct it, but Jacob refused. He replied, “But his father refused and said, “I know, my son, I know, He also shall become a people, and he also shall be great; but truly his younger brother shall be greater than he, and his descendants shall become a multitude of nations.’ So he blessed them that day, saying, “By you Israel will bless, saying, ‘May God make you as Ephraim and as Manasseh'” And thus he set Ephraim before Manasseh.”

The story about Manasseh and Ephraim throws up a lot of questions about destiny.

It raises the question of divine sovereignty by God in his choice and blessings.

Does destiny mean that God has destined some in a particular way and there is nothing they can do?

Does it mean that ‘what will be will be’ and we cannot change it?

Does it mean that in a family, some younger ones are destined to be greater than their elders ones? Is it not ironic that Joseph who had a chequered twist in his destiny witnessed Ephraim suddenly placed ahead of Manasseh? Imagine what may have gone through his mind when his father blessed the children.

Does destiny eliminate or negate hard work and our choices?

Was Jacob replaying the experiences of his past over Manasseh and Ephraim? He, Jacob, received the blessings made for Esau his brother. And when he left home and got to Laban’s house, he chose to marry Rachel, the younger sister instead of Leah, and now, he seemed to show preference for Ephraim, the younger ahead of Manasseh, the senior.

These questions and many more, which we may not be able to address now in this article, often agitate our minds when we think of destiny. All told, destiny means that, God distributes his gifts irrespective of the order of nature, but according to grace. It also means that nature and grace are at times at cross direction. The blessings of God are not based on seniority or tradition, but on the grace of God. What you are ‘chosen’ to be or to do in life does not necessarily mean you are inferior, greater and better than others; it is only a matter of grace. It only means we are all chosen to do different things, which does not make us better than others. What we are chosen to be or to do may look small before the world, but may mean much before the eyes of God.

These different views on destiny raise theological questions. Whatever, none would doubt that prayer, repentance, holiness and righteousness can influence a man’s destiny as in the case of Jabez, Hezekiah and King Ahab (1 Chronicles 4:9-11; 2 Kings 20:1-11; 1 Kings 21:17-29). Repentance changed the destiny of Nineveh (Jonah 3:10).

In conclusion, our greatest desire and prayer should be for God to help us to fulfil our destiny. While some like King Saul failed to fulfill their destiny, others like Joseph, David and PAUL fulfilled their destiny. Jesus has come to enable us fulfill our destiny.