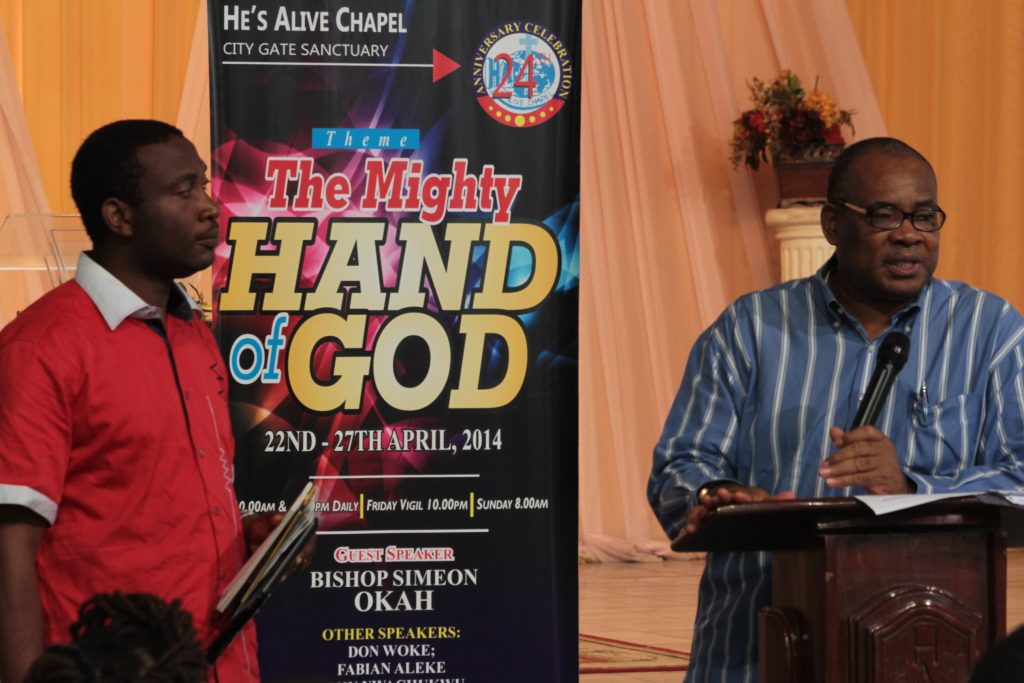 He’s Alive Chapel globally embarked on her annual fast during the month of July. On 5 July, workers and ministers gathered to present and review departmental reports, pray together, and design strategies for improvement in standards of service.

Another word for 5 Star is top-notch or EXCELLENCE. Also, the word 5 Star is usually associated with excellence in service delivery.

DAVID: A SCRIPTURAL EXAMPLE OF EXCELLENCE

Reference to Teaching on David (Serving with Excellence in the Kingdom, Pastor Yide Ukachi, Sunday 20 October 2013)

David was a great King, capable commander-in-chief of the armed forces and a terrific organizer and administrator.

King David was a man who believed that whatever he was going to give the Lord must be the best. He was one man that honoured God and had a heart after God. He never gave God sloppy service or work or sacrifice. David always gave God his best. In everything he did, David gave God excellent service. Small wonder God Himself called David a man after His heart. Oh that God will refer to me and you in the same way!!

During David’s time as King everyone knew their job duties and job responsibilities. The lesson here is that work was allocated, in order and everything moved smoothly. Another lesson is that there were job descriptions and job responsibilities, so there was no room for doubt, uncertainty, and job shifting or dodging or for charlatans to hijack or usurp authority.

The Levites serve in the Lord’s presence at all times. When we serve, we serve in God’s presence and in His sight. They follow all the procedures they had been given and faithfully carry out their duties of service at the house of the Lord 1 Chronicles 23: 31-32.

The Priests did the same 1 Chronicles 24:19. Each group carried out their duties in the house of the Lord according to the procedure established.

Music and worship ministers were also appointed 1 Chronicles 25:1, the list of their names and their work are found in verse 2.  Are you on God’s list of workers in His house or are you on the list of loafers? There are many things to do in God’s house. From the work of Greeters to that of Ushers, Security, Choir members and Worship Team, Sunday School Teachers, House Fellowship leaders, Children Church teachers, Teenage Church teachers, Prayer Band members, Evangelism team  and follow-up members, Protocol and Logistic group, Publicity group, Hospitality group, Beautification, Decoration and Sanitation group, Media crew, Youth group, Men fellowship, Women’s fellowship, Singles fellowship, Couples’ fellowship, Care group, etc., etc.

On the list of those who serve the Lord, is your name missing? Are you enlisted? If not, it’s not too late. You can enlist today.

It was said of the worship leaders that they were under the direction of their fathers as they made music in the house of the Lord. The children served under the leadership of their fathers – What a godly and glorious heritage! Their fathers were present, they were not absentee fathers or fathers who had abandoned their families or gone AWOL (Absence without official leave). Are you a man and do you have a family? Are you a father in the house or you are an absentee father or you have gone AWOL? I once attended the wedding of  beautiful twin girls and to my alter amazement their dad was absent even though still alive and living in the same country. I didn’t need to know what went wrong between him and his wife but I was wondering if he was also quarrelling with his two beautiful girls too even if he was quarrelling with their mum. I wondered!

The musicians made music under the direction of their fathers. As a father in your home are your children serving the Lord under your watchful care or is everyone on his or her own in your household?