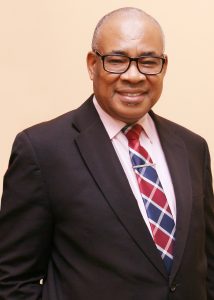 The Holy Spirit is the creator of momenta; he is the instigator of movements, be they physical or spiritual movements. Whenever the Holy Spirit is he generates momentum. Nothing happens in the Church unless God’s momentum is released. Beginning from creation the Holy Spirit has always been the active force moving to execute God’s purposes, “The earth was formless and void or a waste and emptiness, and darkness was upon the face of the deep [primaeval ocean that covered the unformed earth]. The Spirit of God was moving (hovering, brooding) over the face of the waters” (Gen.1.2 AMP).

When the Spirit of God takes control of a man he stirs and moves him into action. The Book of Judges catalogues men whom the Holy Spirit propelled to action, to judge, to lead a war or to execute God’s programmes.

Of Othniel, we read, “The Spirit of the Lord came upon him, and he judged Israel. He went out to war, and the Lord delivered Cushan-Rishathaim king of Mesopotamia into his hand; and his hand prevailed over Cushan-Rishathaim” (Judges.3.10 NKJV).

And about Samson, we read, “And the Spirit of the Lord began to move upon him at Mahaneh Dan between Zorah and Eshtaol” (Judges 13.25 NKJV).

The Holy Spirit uses anything to create diversionary momentum against his enemies. In 2 Kings 19:7, he used the stirring of a rumour to cause the Assyrians to retreat. In Jeremiah 51:1 he instigated a destroying wind against Babylon. In 2 Kings 7, he caused the invading Syrian army to flee at the sound of an imaginary noise, “For the Lord had caused the army of the Syrians to hear the noise of chariots and the noise of horses—the noise of a great army; so they said to one another, “Look, the king of Israel has hired against us the kings of the Hittites and the kings of the Egyptians to attack us!” Therefore they arose and fled at twilight, and left the camp intact—their tents, their horses, and their donkeys—and they fled for their lives” (2Kgs.7.6,7 NKJV).

When the Holy Spirit fell on Pentecost day momentum was unleashed upon the church that broke the lethargy of fear, and inaction and goaded the disciples into active evangelism. As they preached the word of God, thousands were converted. The paralyzed were healed, the lame walked, the blind saw, the dead were raised to life and those who were enemies and antagonistic to the gospel were supernaturally conscripted to be part of the vanguard for disseminating the good news of our Lord Jesus Christ. To date, the momentum that the Holy Spirit unleashed has continued to inspire the church towards the Great Commission.

The work of the kingdom is sustained by divine momentum. The prophet Isaiah summarizes this divine momentum thus, “Of the increase of His government and peace there will be no end, upon the throne of David and over His kingdom, to order it and establish it with judgment and justice. From that time forward, even forever. The zeal of the Lord of hosts will perform this” (Isa.9.7 NKJV).

Whenever man collaborates with the Holy Spirit, a synergic momentum is unleashed for the extension of God’s work on the earth.