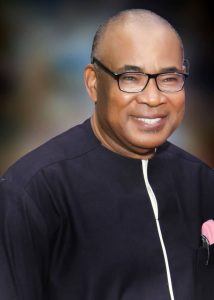 Christmas is a time to celebrate Jesus Christ, and one way we can do this is to reflect on the wonders surrounding his life and thank God for his coming to the earth to save man from his sins. Therefore, this Christmas Day, thank God for Jesus and also celebrate the wonders of his life. Psalm 105:5 reads, “Remember the wonders he has performed, his miracles, and the rulings he has given” (Psalm 105:5 NLT).

Everything about the life of Jesus was miraculous in nature. Beginning from the circumstances of his origin, his conception, his birth, his death, his resurrection, to his ascension to heaven were all miraculous. His Second Coming will also be in glory and wonder. As we celebrate him, we shall ask that we may see the wonders that make him the true God that he is. How glorious it will be to end the year with a miracle!

Isaiah 7:1-14 is one of the earliest prophecies that preceded the birth of Jesus. Ahaz was the king of Judah, who worshipped other gods and even sacrificed his son to Molech (2 Kings 16:1-4). During the reign of Ahaz, two kings Rezin king of Syria and Pekah, king of Israel formed an alliance to attack Jerusalem. Their unsuccessful invasion of Jerusalem is described in 2 Kings 16. Though the two kings failed to capture Jerusalem their attack weakened Judah.

As the combined armies of Israel and Syria approached Jerusalem, Ahaz was very afraid (Isaiah 7: 2). In the midst of his fear, he was challenged to trust God when things were bad, and it looked like soon, all would be lost, verse 4. In verse 7, God assured him that the alliance against Judah will not stand.

Ahaz was encouraged to ask God for a sign, but he refused that he would not ask. It was then the prophet gave a word that a son would be born and his name would be called Immanuel. “Therefore the Lord Himself will give you a sign: Behold, the virgin shall conceive and bear a Son, and shall call His name Immanuel (Isa.7.14 NKJV). Jesus is the fulfilment of this prophecy and a sign to the world.

Luke 1:30-34, records the miraculous conception of Jesus, and how Mary was conceived by the Holy Spirit. In Luke 2:1-19, we find the humble birth of Jesus in a manger and the sudden angelic announcement of the birth of Jesus to shepherds who watched their flocks by night as another manifestation of God’s wonders. Then, in Luke 23:44-49, we find a narration of some of the supernatural events that took place at the death of Jesus. How there was sudden darkness between the sixth hour to the ninth hour, and the veil of the temple was torn into two; thus signifying that the way into God’s presence has opened. The resurrection of Jesus as recorded in Matthew 28:1-8 was not without the miraculous. Jesus rose in majesty and power. An earthquake preceded his resurrection and the descent of a fierce-looking Angel rolled away the stone covering the tomb of Jesus. The ascension of Jesus to heaven was equally miraculous (Acts 1:11). So will his Second Coming to the earth be in glory and wonder. The Bible states in Matthew 25:31, “But when the Son of Man comes in His glory, and all the angels with Him, then He will sit on His glorious throne.”

Therefore, on this occasion of Christmas, we celebrate him as both the Saviour of the world and as the God of wonders.