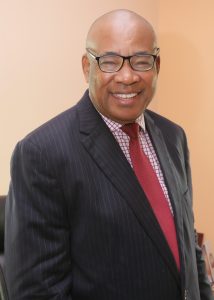 In the first part of this article, I wrote on the first among the four prophetic words God gave to us this year. In this second part, I will focus on the remaining three.

The second prophetic word I received, God said, “In 2022, we should aim to be problem solvers.” Those who solve problems will distinguish themselves.

We have many examples of ‘problem solvers’ in the Bible. A PROBLEM SOLVER IS A SOLUTION GIVER IN THE KINGDOM. HE IS A VESSEL OF HONOUR UNTO GOD. Let us not run away from problems, but ask for God’s grace to solve problems.

Joseph was a problem solver. He solved problems in the prison and the land of Egypt.

Nehemiah was a problem solver. He rebuilt the walls of a nation. He solved the problems of the Jews who were victims of oppression and extortion from the hands of their fellow Jews.

David was a problem solver. He fought and defeated Goliath, in that way he removed the reproach from Israel. He fought against the Philistines several times and brought honour to Israel and members of his team.

Ask for wisdom to solve problems that are around you. When you do so, God will distinguish you. God’s promise is: “The Lord will guide you continually, And satisfy your soul in drought, And strengthen your bones; You shall be like a watered garden, And like a spring of water, whose waters do not fail. Those from among you Shall build the old waste places; You shall raise up the foundations of many generations; And you shall be called the Repairer of the Breach, The Restorer of Streets to Dwell In.” (Isaiah‬ 58:11-12 NKJV‬‬).

3, Next, God said, “2022 will be a year of plenty.” Plenty means “a large or sufficient amount or quantity; more than enough.” ONE MAY ASK, PLENTY IN WHAT? We must not see this promise as abundance in material blessings only.

4, GOD SAID, “Faith is the key to 2022.” This means that those who trust God will overcome in 2022. Faith isn’t natural for you and me. Doubt is natural. Fear is natural. Living based on your collected experience is natural. To make faith to be natural we have to constantly feed on the word of God.

To political and economic pundits, 2022 may not be better than 2021. But God has created a pathway for his children. He will be there to see his children through. Faith is required to walk in the pathway God created for us.

God has armed us with the unassailable key of FAITH to sustain us in 2022. With the key of FAITH, we shall survive and overcome in 2022. No government or institutions have the ultimate guarantee or safety net to surviving the future. Trials will not cease, they will increase. No magic wand can obliterate future challenges. Only God has the guarantee to surviving the future. (See 1John 4:4; 5:4 in NLT and MSG).

“You are of God, little children, and have overcome them, because He who is in you is greater than he who is in the world.” (I John‬ ‮4:4‬ NKJV).‬‬

Hebrews 11: 27 reads, “By faith he forsook Egypt, not fearing the wrath of the king; for he endured as seeing Him who is invisible.” (Hebrews‬ 11:27‬ NKJV‬‬).‬‬